The key to our success is our consultative approach to solving complex optical problems through inventive design techniques, the precision at which product is assembled, and the efficiency in which projects move through our business units. 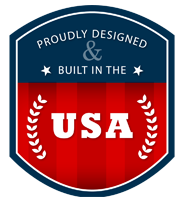 We partner with OEMs, system integrators, projector manufacturers and individuals to design custom optical solutions that match application specific requirements. We have become an invaluable resource for our customers in many new industries whose applications help them stay on the leading edge of tomorrow's technology today.

Experience You Can Trust

With diverse expertise, our solution team includes optical, mechanical, quality, electrical and process engineers. We employ a highly-skilled assembly and testing team along with a dedicated group of solution managers that will assist in guiding all aspects of each project.

Located in Rochester, NY, our production facility manages a wide range of manufacturing volumes with speed, reliability and repeatability. Applications that require lower volumes and higher precision are typically managed by our Special Optics division.

How Are We Doing?

We value your feedback. Please complete our Customer Satisfaction Survey.