Bryan Kennedy, Director of Exhibit Media at the Science Museum of Minnesota contacted Navitar for an optics solutions for a new space exhibit. They were planning to suspend a 3-story tall astronaut - originally built for the Coachella Musice Festival - from the ceiling of the museum's atrium and project images into the spacesuit visor.

The museum planned to use a Panasonic PT DZ770ULK projector and sent Navitar dimensions and approximate projection angles required. In into to adhere to the museum's budget, we proposed the HS30 due to the size of the projection distance and desired image.

“Space: An Out-of-Gravity Experience “ opened at the museum in February and the exhibit is one of their most popular ever! 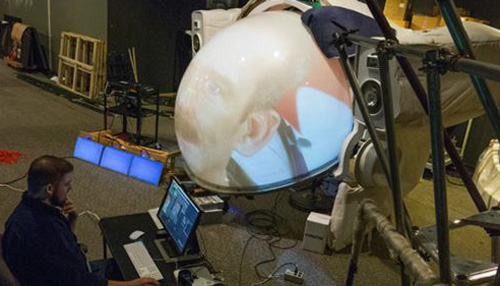 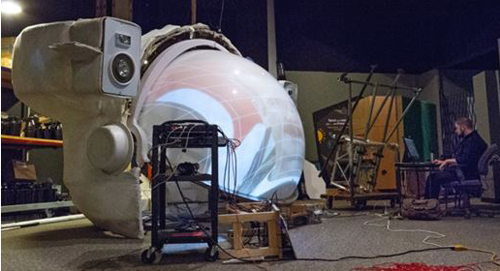 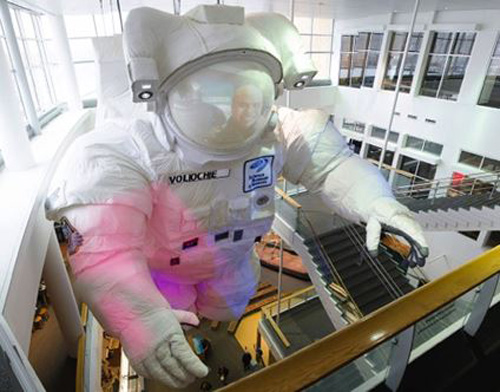