A recent collaboration between NASA, Rensselaer Polytechnic Institute and led by Teledyne Brown Engineering of Huntsville, Alabama, resulted in the development of the Ring-Sheared Drop experiment, a microfluidic measurement system to examine the formation and flow of amyloids. Amyloid fibrils are widely studied due to their importance in a number of neuro-degenerative diseases including Alzheimer’s and Parkinson’s disease. In microgravity, liquids held together by surface tension form into spheres of much larger size and move at a much slower rate than liquids on the ground - making it much easier for scientists to study liquids without container walls.

The Ring Sheared Drop system, installed inside the Microgravity Science Glovebox aboard the International Space Station, has enabled astronauts Jessica Meir and Andrew Morgan to study the formation of potentially destructive protein clusters. 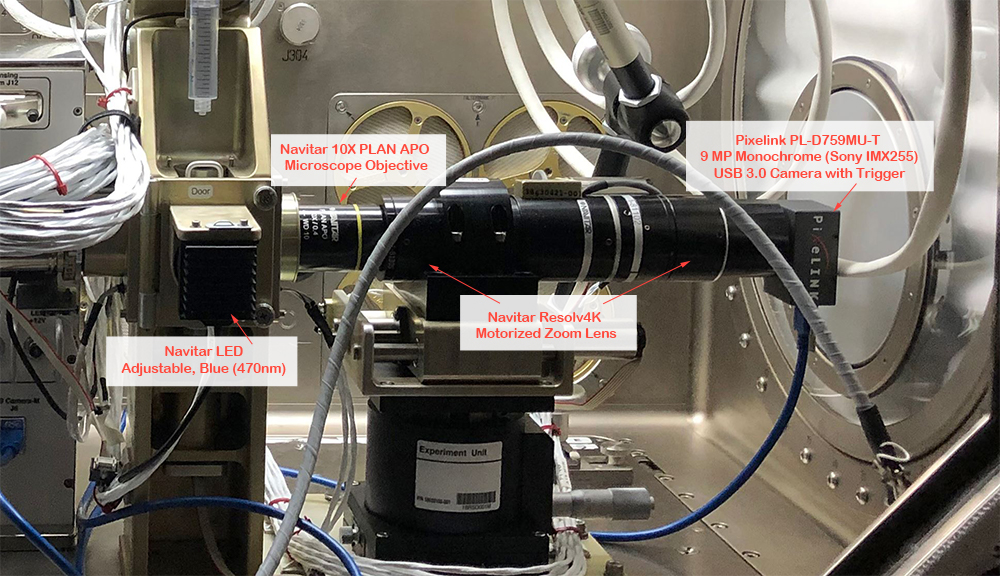 This system captured two consecutive images of the sphere rotating at 30rpms, which is a critical requirement for the science. Also important, was the adjustability of the light circle that helped focus light on the sphere exactly where it needed to be and at an intensity that allowed for the high magnification to be seen without overdriving the camera, therefore reducing signal to noise ratio. The motorized zoom system can also be controlled by a ground station at Teledyne.

In addition, a second lens and camera unit consisting of a Navitar 25mm 1” format lens and PL-D759MU-T monochrome camera, served as both backup and surveillance to view the backside as an observation point.for keeping watch on the entire system while experiments are performed. 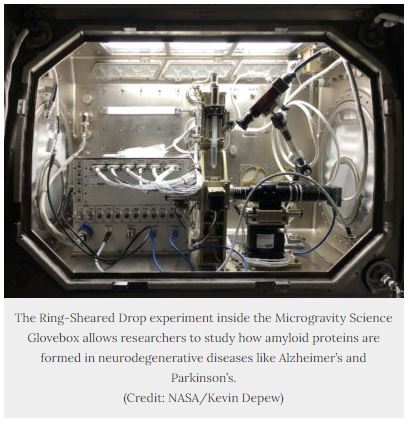